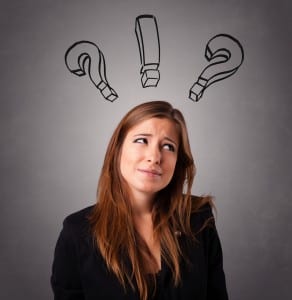 A recent published report prepared by Personal Money Market states that contrary to the popular perception that payroll loan borrowers tend to be from very low income brackets, research shows that the average payroll loan customer earns more than $47,000 per year. This is well above the Nation’s poverty level debunking the belief that low-income people earners are targeted for these types of loans.

You’re not alone when considering a payroll loan

According to the U.S. Department of Commerce, in 2012, approximately 23,000 lenders funded more than $10 billion dollars in payday lending in the United States.  So, if you’re considering a payroll loan there are tens of thousands of borrowers just like you so you’re not alone.

Perhaps one of the largest misconceptions about payroll loans is annual interest rate comparisons with other types of short term borrowing.  The term annual percentage rate is usually used as a benchmark and was established to allow borrowers to compare the cost of credit.  But since payroll loans are not annual this comparison doesn’t really apply.

As an example, as reported in the Personal Money Market Report, a single $35 bank overdraft fee that is repaid in one day, can translate to a 1.3 million percent APR.  Or a $2.00 bank ATM fee on a $100 cash withdrawal can be equally as egregious.  As a further example:

Yet a $15 fee for a $100 short term loan only represents a 40% APR, which on the surface might seem significant but as you can see by the examples illustrated above, a payroll loan probably makes good economic sense, especially if you’re comfortable paying back your loan with your next paycheck.  Obviously, if you’re concerned or question your ability to meet your repayment obligation you shouldn’t consider a payroll loan and should look for another financial alternative.

Clearly, while payroll loans are not for everyone, as you can see, the service fees and penalties imposed by many banks and credit card companies can grossly overshadow the fees associated with a short term payroll loan.  Obviously, payroll loans can be abused and should not be used for long term debt. But they do serve a niche’ market and considering the increasing consumer demand, payroll loans obviously fill a need.  So if you find yourself stressed by a financial emergency or unexpected bill and you need some extra cash to bridge the gap between paydays, there are many payroll loan and cash advance lenders to choose from and with a little research, you’re sure to find a lender that’s right for you.