Pointing All Blame Towards Payday Loans Is Unfair 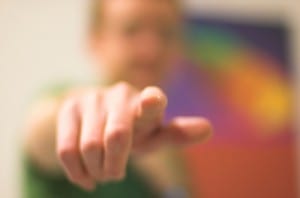 There are many reports of people who seek payday loans help when their finances are in disarray. They are in hopes that a small loan will make everything better, but most often it does not. A payday loan is not enough money to solve any debt crisis. It is just enough to handle a small emergency or take care of a few unexpected bills. When using this alternative money solution, it is important to calculate the fees and fit them into your budget so your next paycheck is prepared to handle the load.

How many paychecks does it take to pay off a few hundred dollars? This is an important matter to clear up internally before you seek out a fast cash loan. When borrowers roll over their loans multiple times, the help is no longer cost effective. That emergency has now been funded many times. Those who oppose the payday lending industry would argue that the lender is taking advantage of the borrower at that point. They call it a cycle of debt or a debt trap which spirals borrowers finances into the abyss. Can a lender be blamed for a person’s financial difficulties? Should they cancel out the debt or refuse additional services because a borrower has difficulty paying one loan off? Some people think so.

If you look at credit card holders and the companies behind them, who gets the finger pointed at them when debt spirals out of control and thousands of dollars are wasted over the years in the form of interest fees without paying off the debt? Revolving credit accounts are let off the hook because this same debt if managed properly would benefit the borrower. The credit bureaus want to see credit cards being used and the debt managed. Because revolving accounts are fast and easy cash above and beyond income, the debt is often misused and mismanaged. It’s a known fact yet credit companies continue to entice continued usage through promotional deals and rewards programs. Did the borrower realize that it is oftentimes cheaper to purchase the reward outright than it is to keep charging and earn points? Let’s not forget the amount of interest that will be paid over the time it takes to pay the debt off, if it ever gets paid off.

So a borrower is credit challenged and turns to a payday loans direct lender to help with an expense that doesn’t fit into the budget. Because so much of this person’s income is sent to creditors each month, the borrower has trouble scraping together the payoff plus fees when their next paycheck comes. Do you blame the lender? Who ultimately holds responsibility for personal finances? Some payday lenders offer options. If you are working with responsible ones, there are no added costs to these options besides the interest that accrues over the extension. Creditors never stop charging interest for opened accounts either; it is a basic rule of thumb for lending. Why would payday companies?

No one likes to hear a story of someone’s out of control finances. People have lost homes from mortgage broker’s poor lending practices and from homeowners taking on more debt than they can handle. Credit card companies entice users to open up multiple lines of credit but raised interest rates when they spent their limit or made an error with payments. Debtors ignored the true cost of charging items. Alternative payday loans process loans for those in need of an emergency loan. The high risk loans come attached with high interest rates. Why would a payday loan lender keep lending or allowing a borrower to roll over their account? Why would a borrower continue to use a loan if it was causing so much financial damage? You can follow the finger and point it all around. The blame should points towards bad lenders as heavily as it would on bad borrowers.

The good news is that there are great lenders and super responsible borrowers who make smart choices, manage money effectively and pay the price for borrowing money without letting debt get the best of their budget.